On Saturday, January 24, 2015 the Casa Grande Fire Department lost one of its own members with the untimely death of Fire Captain Phil Emmett. He is survived by his wife Nora, sons Jackson and Carter, parents Don and Sherry and his sisters, Cindy and Dawn.

Emmett was hired by the Casa Grande Fire Department as an on-call firefighter in October 1999.  He became a full-time firefighter on October 1, 2001 and was promoted to Engineer in 2007.  On December 9, 2007 Phil was promoted to the rank of Captain.  Captain Emmett was also a Hazardous Materials Technician.  During his career, he was recognized by community organizations such as the VFW and the Moose Lodge for his service.  He was awarded Firefighter of the Year in 2006 and EMT of the year in 2009 by the Department. 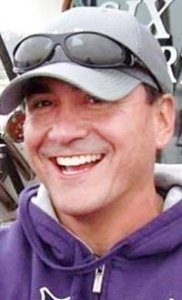 He was known for his outstanding dedication to his hometown, his career and most of all his family. He finished paramedic school in 2007 and was promoted to fire engineer in 2014. He attended hazardous materials technician school in 2007 and was one of the department’s first honor guards. He was a member of the Arizona Army National Guard and served two combat tours in Iraq as a combat medic.

He had a strong sense of humor and loved hunting, fishing and anything in the outdoors. He was an avid Muay Thai fighter, winning several championships. He loved his family and friends.